These are the three stages that all artists — with some variation — go through in their careers. People on far ends of the spectrum in the same field of artistry can end up with eerily similar stages. Elvis Presley went from lean Hillbilly Cat to Famed Icon surrounded by a moat of enablers to Bloated Junkie Corpse. GG Allin, seemingly Elvis’s feces-flinging punk-rock opposite, went from lean Hardcore Punk to Infamous Icon surrounded by a scrum of enablers to … Bloated Junkie Corpse.

The Bloat stage can be avoided only if it’s acknowledged, winked at and muscled through. There are third acts in the arts. There is movement and vitality after success and comfort.

So it’s encouraging to read 25 years of David Sedaris’s diaries, and not just because he manages to defeat Bloat. It’s helpful to see that a voice as original, hilarious and sometimes as infuriating as his was put through the same Struggle and Starve meat grinder that most of us go through. So, first, ignore his modest plea in the introduction:

“I don’t really expect anyone to read this from start to finish. It seems more like the sort of thing you might dip in and out of, like someone else’s yearbook or a collection of jokes.”

A yearbook or a collection of jokes doesn’t have the elliptical, weirdly addictive narrative of “Theft by Finding.” So, again, disregard the above recommendation by the author about his own work. In this case he doesn’t know better. Start from the beginning: Sept. 5, 1977, in Sacramento. A 20-year-old Sedaris gets a ride to the California State Fair, where Shari Lewis is performing. He sleeps, that night, under the stars, next to the American River.

And then keep reading until the final entry, 25 years later — Dec. 21, 2002, in London. Sedaris, five days away from his 46th birthday, is confused about the threat of terrorist attacks during the Christmas shopping season: “Don’t they know the Christmas shopping season is essentially over? The time to strike was last weekend, not this one.” In two days he travels back to his home in Paris. And, presumably, continues the diary for the next 15 years — the second volume of which we’re going to have to wait for.

In between those events, the Three Stages.

There’s David Sedaris in his 20s, dealing with piecemeal jobs, aggressive bills (Jan. 4, 1982: “I wondered why the rent and bill situation always has to be so desperate. Then I realized I made it desperate. I am desperate”) and survival strategies. The entry for March 15, 1982, when he’s so broke he has Cream of Wheat for dinner, gave me a rueful smile. I had many a dinner of Cream of Wheat in my 20s. Even cheaper than ramen noodles. And more iron. Do people in their 20s even know this trick anymore?

There are also the ominous warnings about the future, remembered as fleeting distractions (“July 3, 1981, Raleigh. There is a new cancer that strikes only homosexual men. I heard about it on the radio tonight”) and fleeting distractions that must have felt, emotionally, like permanent scars (June 18, 1982: “I called the number Brant gave me, and it was made up. Then I called all the dorms at Louisburg College and was told there is no Brant. Tricked again”).

Throughout the Starve and Struggle years of “Theft by Finding” we spend time with a David Sedaris who’s doing what everyone does in his 20s. Specifically, realizing the core of who he is (gay), picking up habits that don’t seem harmful then (drinking), and making the first tentative steps toward what he’ll become (a writer). The gayness seems to have always been there, but for the first couple of years he’s coy about stating it simply in the diary. In the American South of the ’70s, was there fear in even seeing the word “gay” in your own hand on the page? The heavy drinking doesn’t feel like alcoholism at the time because anyone who has imbibed in his 20s knows you can ingest oceans of booze and recover the next morning as if you stepped into a time machine right before going to sleep. And writing as a vocation — despite keeping a diary — has to elbow its way past odd jobs, favors-that-end-up-paying, retail wage slavery and, for a short period, art. An entry from Oct. 28, 1985, features a critique of David’s paintings by a classmate: “We do not enter their space, they enter ours.” Which, if you’re familiar with any of Sedaris’s writings, is an exact opposite description of the effect his essays and humor pieces have on a reader. Painting was not to be, thankfully.

Once Sedaris reaches Chicago, the diaries shift and mutate. In the ’70s and early ’80s, still in Raleigh, they function as a stress vent. Now they feel like limbering-up exercises for the kind of writing he’s going to do. The entries about the IHOP he frequents, and the rotating cast of flinty waitresses and damaged customers, feel like tracks off an early EP of a beloved band. I felt another warm jolt of camaraderie when I read how Sedaris was happy to discover that David Lynch used to eat at the same Bob’s Big Boy in Los Angeles for years. I remember discovering that same nugget of information about Lynch, and how it somehow justified my eating nearly every breakfast during the ’90s at the House of Pies in Los Feliz.

And then it’s the fall of 1990, and Sedaris has moved to New York. Every “lad in the city” memory comes rushing back when you experience Manhattan through his Chicago-by-way-of-Raleigh eyes:

“I took a cab from Penn Station, and Rusty was waiting at the apartment when I arrived. It’s much bigger than I’d imagined. The neighborhood is too beautiful for me. I don’t deserve it. Or, O.K., my block I deserve. It’s more industrial than the ones around it, and we look out at a parking lot for trucks. Two short blocks away, though, it’s perfect. Tree-lined winding streets, restaurants and coffee shops. It’s enchanting. I can’t picture myself in any of those places, but still. How did I get to live here? Rusty says that some of the apartments in the area are going for a million dollars. I’m not sure about that, but I do know that a ginger ale costs three dollars. Three dollars!”

The Feast is about to start, only Sedaris doesn’t know it yet. More odd jobs, intrusive neighborhood crazies (Sedaris is a primo hassle-magnet, a trait that he constantly spins to his advantage when writing about his collisions with the Broken) and a stint working as a Santa’s elf at Macy’s Herald Square. At this point the diaries evolve from emotional vent to limbering-up exercise to full-on rough drafts for Sedaris’s writing. The entries about Macy’s are the equivalent of bonus scenes from “SantaLand Diary,” the essay Sedaris wrote based on these entries. “SantaLand Diary” aired on NPR’s “Morning Edition” on Dec. 23, 1992.

It was his first big break as a writer, and it set him on the road to becoming “David Sedaris.”

Know how you can tell, just from reading the diaries? Because the chapters for 1993, ’94 and ’95 are blink-and-you’ll-miss-’em short. Stuff’s starting to happen. You go from Struggle and Starve to Feast — you’re not tapping on the window of the buffet restaurant. They wheel the buffet out to you, and you can’t tell how long it’ll be there. So you grab grab grab for a while. “Yes!” to every offer. To any offer — because you’ve never been offered. Anything.

Part of David Sedaris’s Feast was moving to Paris. By the late ’90s he’s making a serious effort to learn French. This lets us read bonus scenes from “Me Talk Pretty One Day” (“Today the teacher told us that a ripe Camembert should have the same consistency as a human eyebrow”). We also get a hilarious entry for April 6, 1999, when this occurs:

“The inevitable finally happened, just as I knew it would. My French teacher faxed Andy at Esquire to say my article has had the effect of a bomb at the Alliance Française.”

Being an observant, acidic writer has its hazards, especially when it splashes onto your life in real time:

“In my story I failed to mention her wit, and her skill as a teacher. That is what I have to apologize for, my laziness.”

But 14 days before this entry, when Sedaris is back in Chicago, Bloat has begun to seep into the narrative:

“I haven’t had a drink in 48 hours. This is not an accident but a concerted effort, and a very difficult one. I’d have to double-check, but I’m pretty sure I’ve been drunk every night for the past 18 years.”

No one escapes Bloat, but many survive it. Maybe not with the grace, whining, hilarity and eye-rolling that Sedaris does. But through all 25 years of “Theft by Finding” — of soap opera addictions and spider feeding, family kookiness (Sedaris notes the day Charles Addams dies; it feels like the passing of a baton) and language lessons — Sedaris’s developing voice is the lifeline that pulls him through the murk. In the last year of the diaries, with Sedaris a now-established best-selling author and world traveler, the prickly Southern wit is still intact and sparkling: 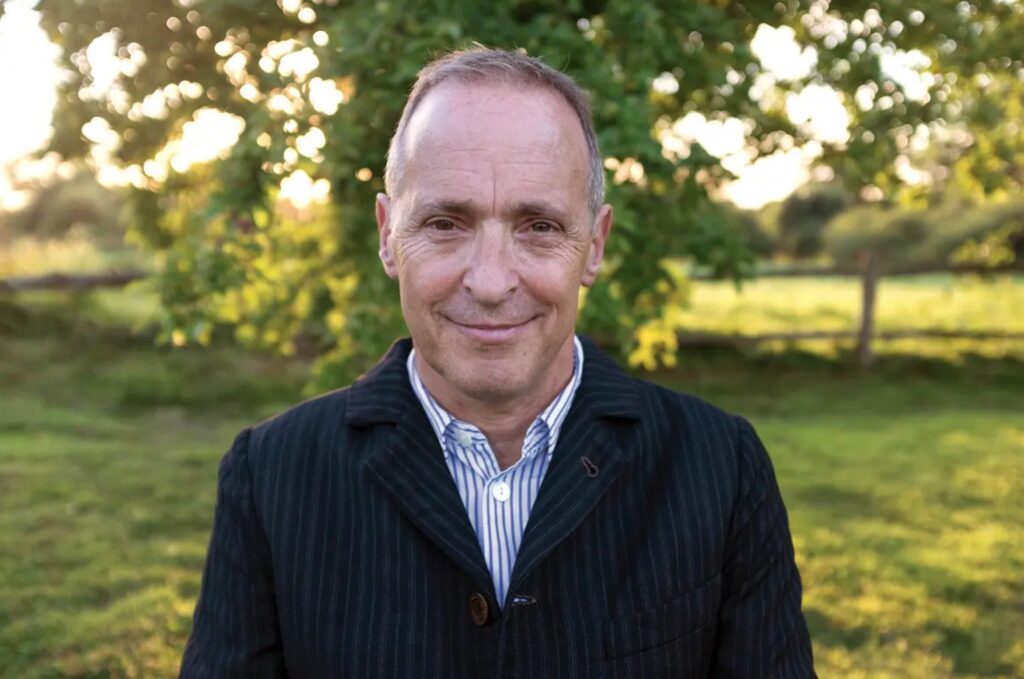