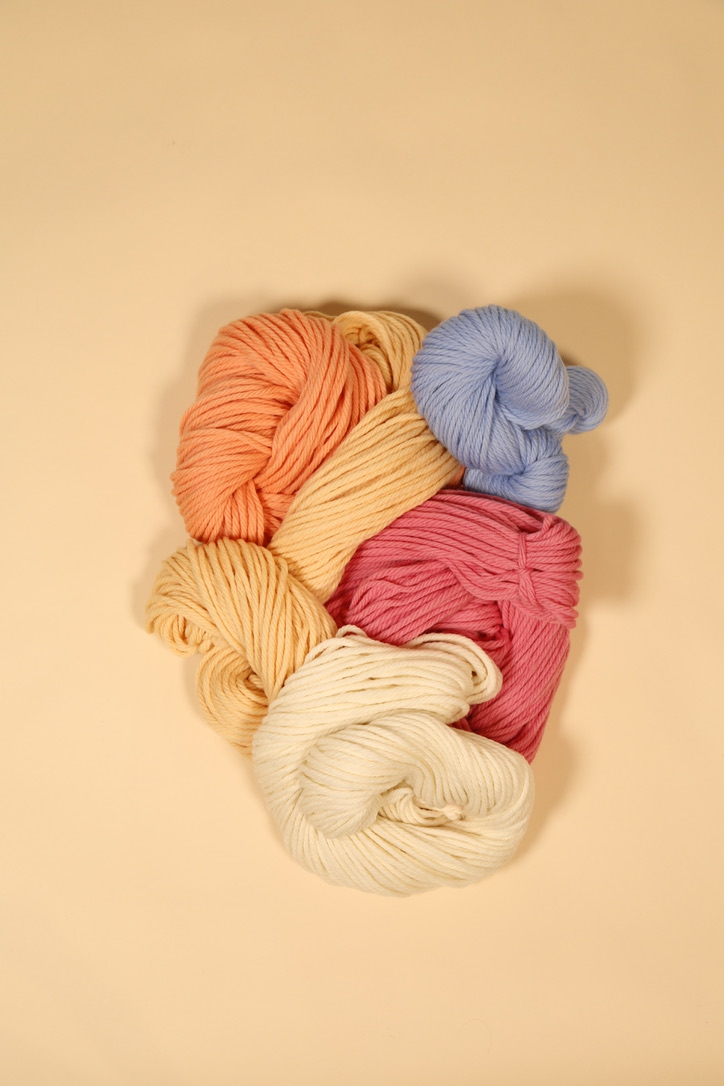 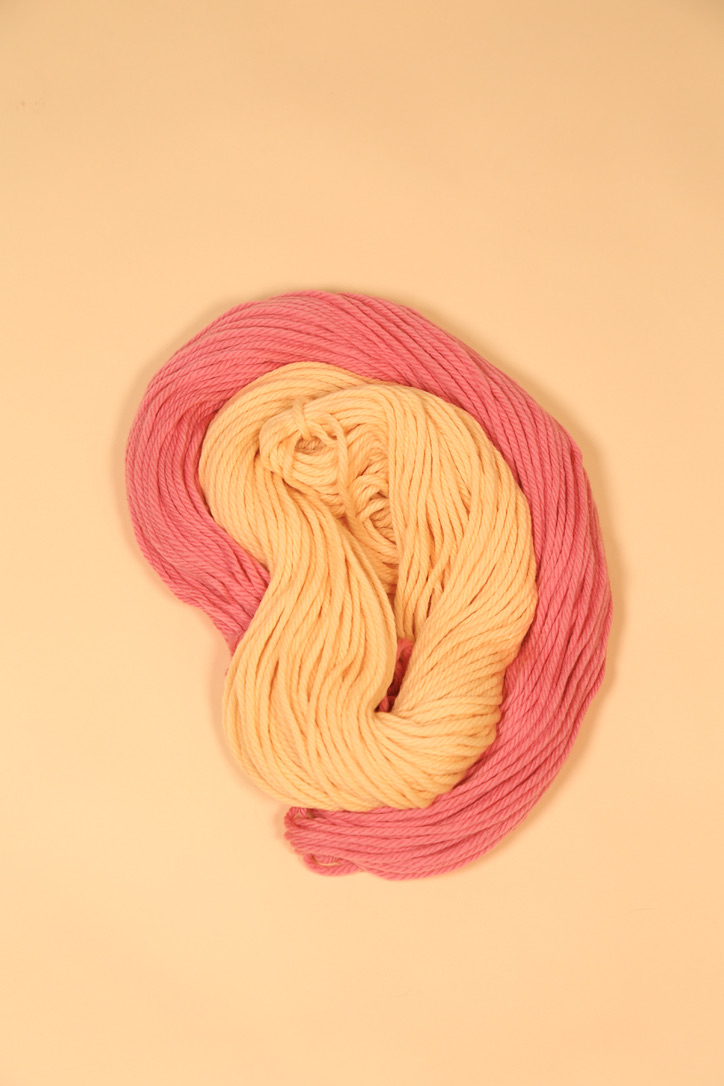 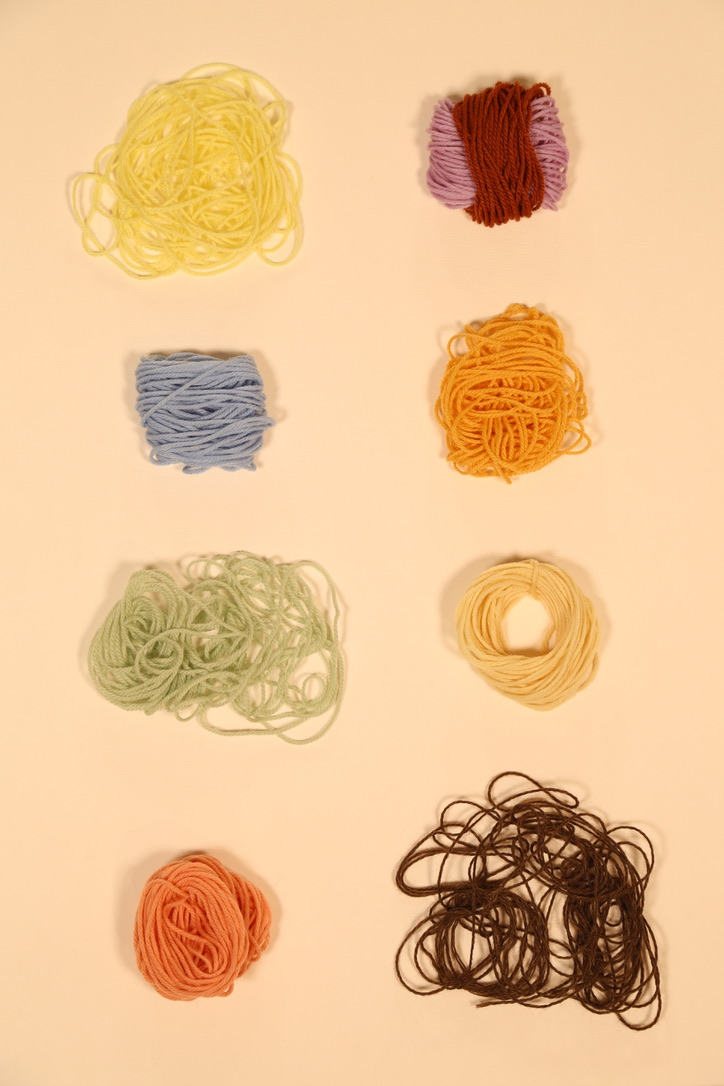 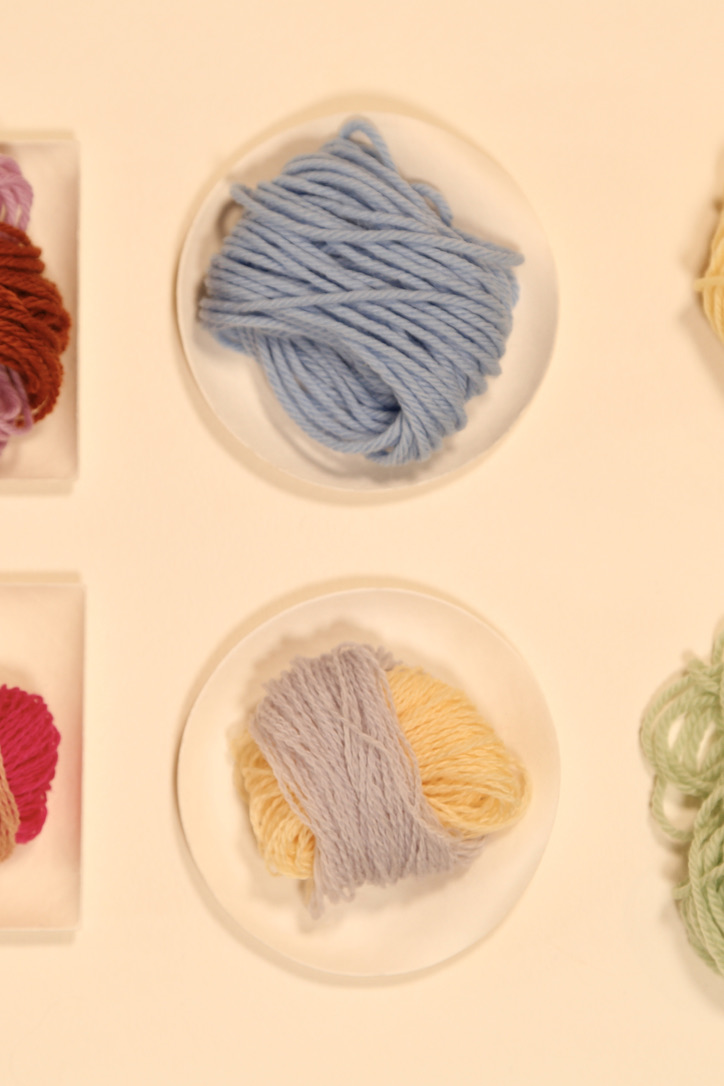 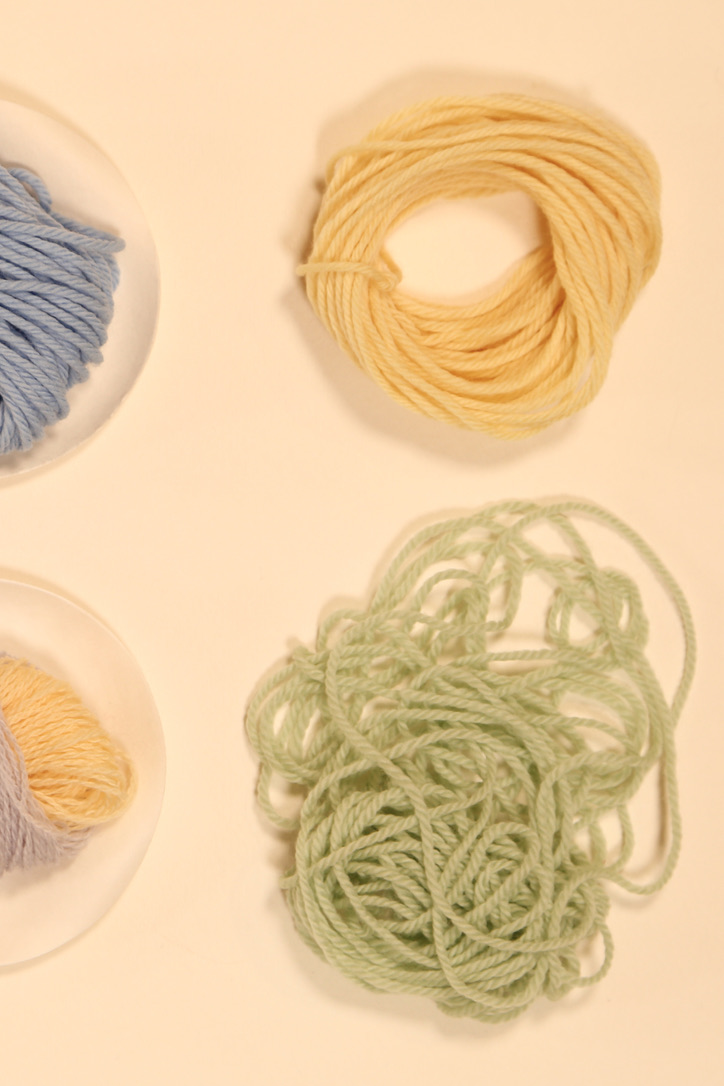 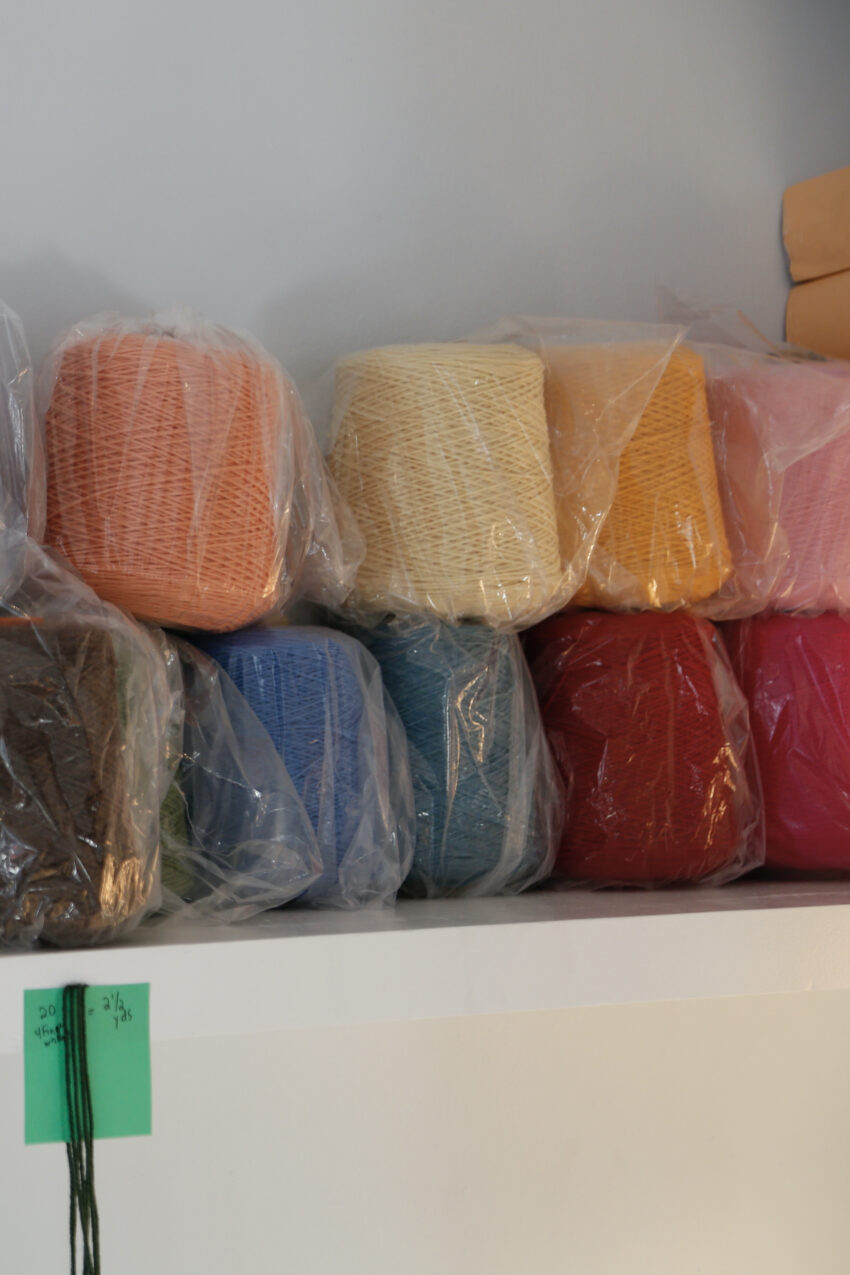 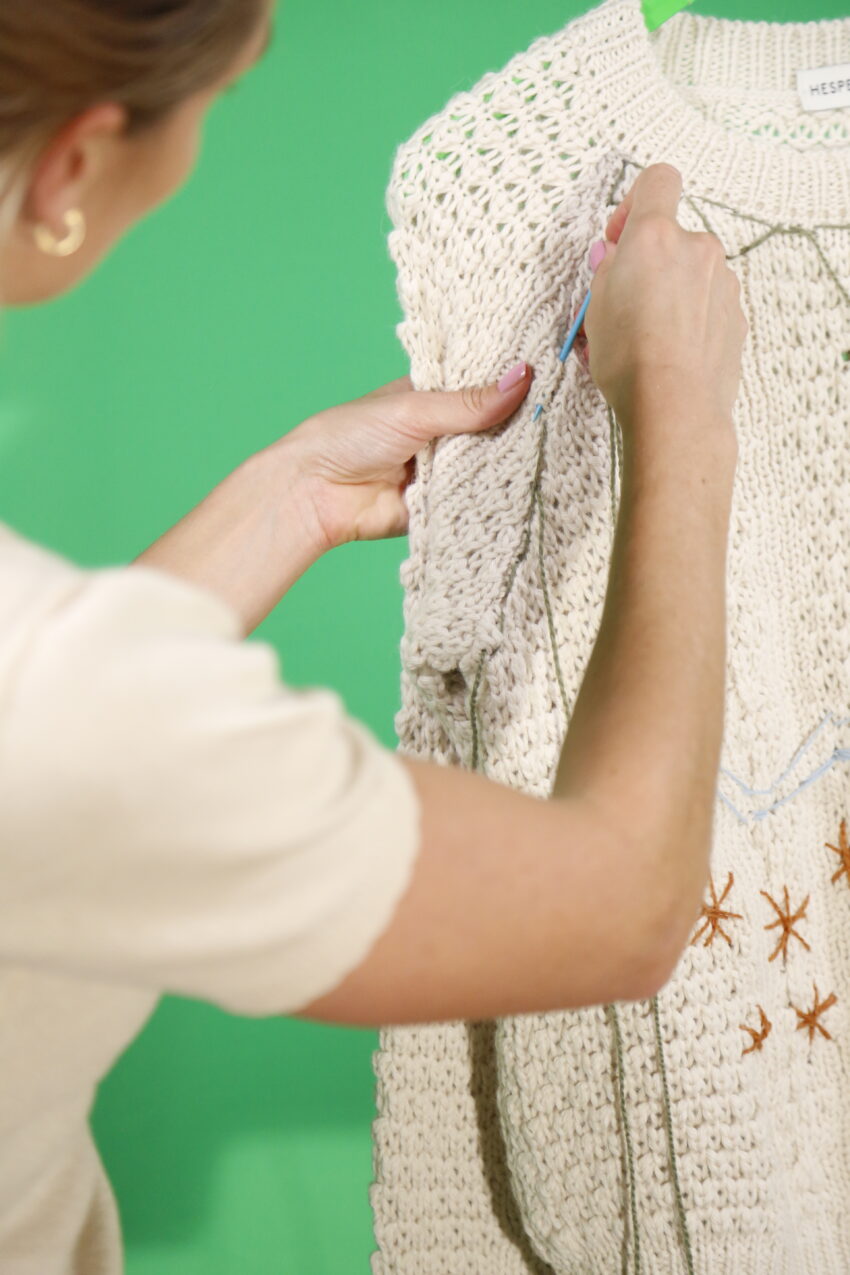 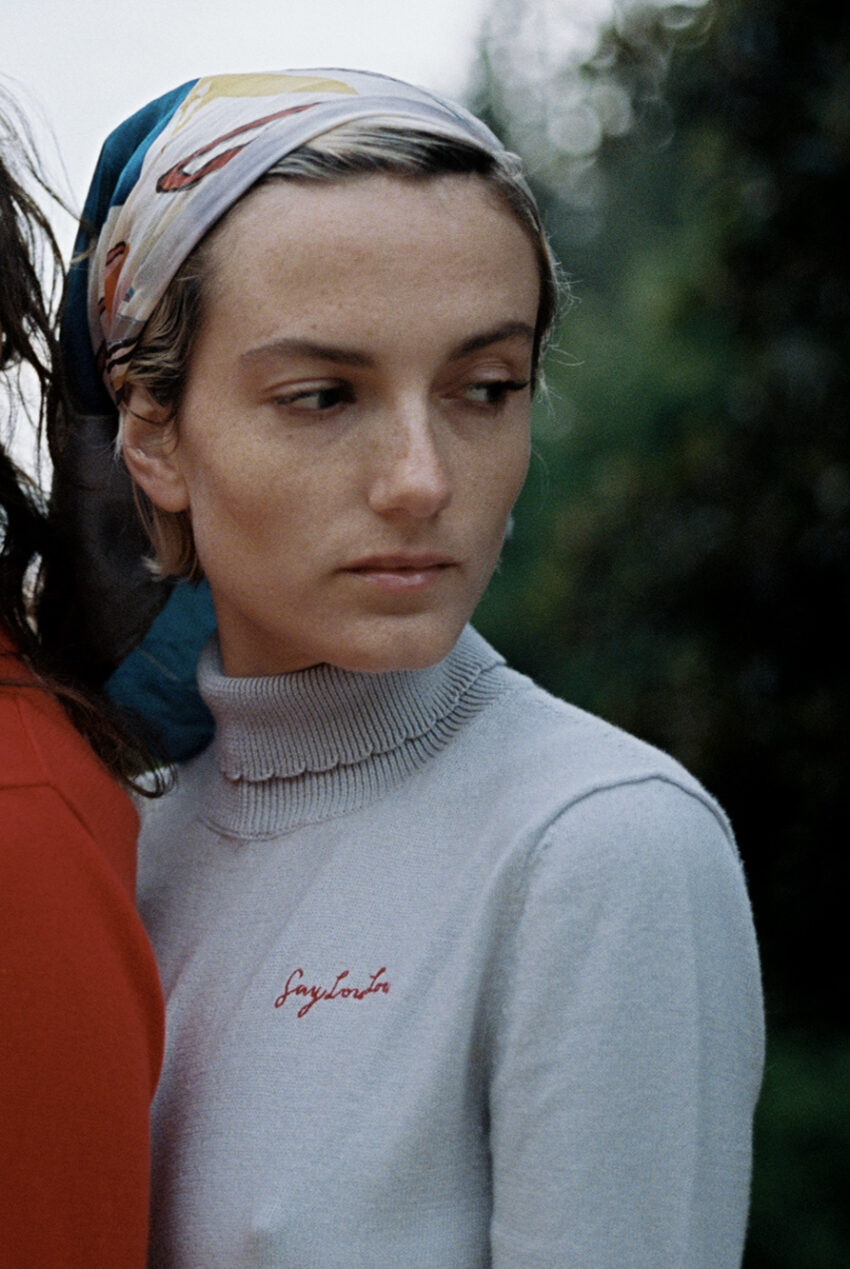 Hesperios knit kits are do-it-yourself creative kits for all ages. Each tool kit comes with various pointed needles and up to 25 yards (approx 2.5 yds per colour*), of multi-colored yarn in the Hesperios colour palette to help you create your own design.

Inspired by cryptology, the arts and crafts movement of the early 20th century, and the feminist movement of the 1970's, the knit kit references artists such as Eva Hesse, Anni Albers, Judy Chicago, and Vanessa Barragão. Owing to its utility, knitwear is oftentimes overlooked as an art form or means of conveying secret messages.

We urge you to view the sweaters and shapes from The Hesperios Knit Library as a blank canvas and your embellishments as a vehicle for your artistic expression. The perfect gift for someone you love. Send us a photo of your work and we will feature it in our library!

There may be slight variations in yarn colour in each knit kit.

Read the word “spy,” and you might vaguely picture a bureaucrat a la le Carré. Add the word “cypher” to this picture, and he suddenly has a piece of chalk in his hand and a blackboard before him covered in code. Contemporary intelligence has less human focus on code-breaking, and the breaking of the code itself accounts for only a fraction of the effort. No small amount of effort must be made in covering the method of detection, or else the sender realizes the code has been broken, and the process must begin all over again.

One famous spy for the British during World War Two, Phyllis Latour Doyle, was chosen for her mission after several male colleagues had failed. (Men, outside of a uniform or away from the front were, perhaps, more conspicuous in occupied France, and her predecessors were all detected and executed.) Latour Doyle parachuted behind enemy lines in Normandy and took up a French identity and established a French life, all the time sending coded messages to the allies about German troop location. She transmitted her messages by wireless, using one of the 2000 codes she kept on a piece of silk. The silk she wrapped around a knitting needle, slipped this into a shoelace, and used the whole apparatus to pin up her hair.

Other female spies likewise concealed code by using the ubiquitous wartime occupation of knitting, though most reports suggest that purls and stitches didn’t so much hold code as serve as a useful cover for a woman lingering on a bus or carrying a deep bag. Even so, there are, however, some instances of code within the weave.

The Belgian resistance relied on women knitting from train stations to record enemy maneuvers. These women used specific stitches to convey train movement. A dropped stitch, for example—usually an error in knitting—was used to create a small but meaningful hole in the fabric. Conveying messages through textiles had several major advantages. Unlike code transmitted by radio, the transmitter couldn’t be tracked, and in concealing messages in everyday objects, and by making use of their basic function, detection of the code bearer was furiously difficult.